Tokenism: The Hidden Enemy of Board Diversity


Ever since Derek Higgs[i] proposed that non-executive directors be sought from a broader range of potential candidates, including those which would capture likely female appointees, diversifying board composition has become a world-wide trend.

At one end of the spectrum, voluntary codes of governance have been revised to include “diversity” guidelines for increasing the number of women on boards, and in senior executive ranks.[ii] At the other extreme, in 2003 Norway legislated for corporate boards to increase the number of directors in the “under-represented gender”[iii] on the board or else face de-listing by the Norwegian Stock Exchange.[iv]


While statistics show that the number of women represented on Australian corporate boards has increased significantly between 2009 and 2013, the figures come off a very low base. For example, in Australia, the number of female directors on the ASX100 boards increased from 8.7 per cent in 2010[v] to 15.7 per cent in June 2013.[vi] But as of June 2013, 48 boards on the ASX200 do not have any female directors. 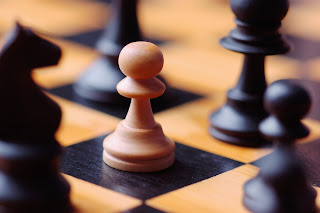 A greater number of women are represented on boards in other sectors namely mutual and community banks[vii], governing councils of universities[viii], and government entities[ix]. Medibank Private, which is one of the largest and most influential of government boards in which a federal Minister has final approval of the directors, has reversed the trend: five of the seven members of the board are female, including the chairman, Elizabeth Alexander. (The two men on the board are non-executive director, Paul Vamos, and the Managing Director, George Savvides).[x]


As governments, professional associations and boards continue to redress the gender imbalance on (mainly corporate) boards, two themes recur: 1) that “gender” and “women” are used as a synonyms for “diversity” (as opposed being only one example of the many dimensions of diversity), and; 2) the consequences of diversity of board composition is little understood.[xi]


One of the hurdles to overcome is the habit of “diversity” continuing to be defined as the number of men, versus the number of women, who compose a board of directors. While this misconception continues to be perpetuated, the opportunity to broaden the interest, and subsequently the discussion and academic research, on the impact of diversity on boardroom decision-making remains stymied.


Diversity means having many different characteristics represented (on a board) such as gender, age, cultural background, professional expertise, sexuality and religious affiliations. Diversity does not mean having one or two female directors on a board composed otherwise of men who all share the same characteristics – typically age, gender and professional background.


By limiting the definition of “diversity” as it relates to board composition to women, the opportunity for further discussion and research is likewise restricted. One area of research in which I am engaged currently is considering what it means to “lead for diversity”, meaning what additional skills does a chairman, experienced only in leading a board composed of men similar to him, need in order to accommodate a greater range of people on the board?[xii]


When there is only one person who represents the minority in a group, the spotlight of attention shines brightly. The other group members, shrouded in comfortable familiarity, are suspicious of this person, who looks different, speaks differently, and most confronting of all, thinks differently. Group dynamics theory attests to the practice of groups striving to conform in order to survive; a member who is different to the majority usually has limited choices: conform, or act independently and authentically and risk being rejected by the group.


Minorities in groups, even if this means one woman in a group of male directors, is often called a “token”, and the practice of admitting a person different from the group norm is called “tokenism”. Senior female executives and directors want to avoid being the “token woman” at all costs. Yet in this period of reforming the way boards recruit new directors and plan for succession, “tokenism” is a pertinent issue.
Women directors on ASX200 boards are most likely to find themselves as the lone woman, and occasionally as one of only two female directors. One woman finds the spotlight of attention very bright; but this is shared more easily with two women. Once three women are appointed a “critical mass” occurs and the group sees the women as “members” rather than “our female director”.[xiii]


The problem of tokenism on boards is greater when other dimensions of diversity, such as cultural representation, are sought on a board. In Australia, the Federal Government’s Asian Century White Paper has called for all ASX200 boards to have 33% of directors with “deep Asian experience” by 2025.[xiv]


The definition of “Asian experience” is fraught with misinterpretation,[xv]  and so far, only three per cent of directors of the ASX100 boards were born in an Asian country, namely China, Hong Kong and Singapore.[xvi] There is also a spattering of directors with experience of working in Asia, such as a former ambassador to China. If number of boards surveyed is increased to the ASX200, the number of boards with directors with “deep Asian experience” increases to six per cent.
With this push to increase the number of women and the number of people with “Asian experience”, on corporate boards, it is timely to consider what it means to place a person who represents a minority group into a well-established group.

Whether that person is a woman, a younger person, an indigenous director or a director born in an Asian country – further examination is needed of the impact of introducing a person of “difference” into a group whose membership that has a long tradition of “refreshing” its membership from a similar group of people. Questions to consider include adapting leadership styles for the chairman, training the whole board to better understand different perspectives, and revising induction programs for new directors.


These are areas of deep interest and relevance to my doctoral research and to my work as a board advisor. For further information, please contact me: ann-mareeATboardroomcg.com

[i] Higgs, D, (2003) Review of the role and effectiveness of non-executive directors
[ii] One example is the Corporate Governance Principles and Recommendations with 2010 Amendments produced by the ASX Corporate Governance Council.
http://www.asxgroup.com.au/media/PDFs/cg_principles_recommendations_with_2010_amendments.pdf
[iii] It is critical to note that Norway didn’t legislate for “the boards of all listed companies to be at least 40 percent female” as is widely quoted in global media. Instead, it introduced laws to ensure that corporate boards be composed of 40% of the under-represented gender. The distinction is critical for the debate on gender balance in the boardroom as it takes away the focus on feminism and “women’s issues” and instead forces the argument to be about equality in leadership in business and in the boardroom.
[iv] Storvick, Aagoth and Teigen, Mari, “Women on Board: The Norwegian Experience”, Friedrich Ebert Stiftung, http://library.fes.de/pdf-files/id/ipa/07309.pdf
[v] http://www.womenonboards.org.au/pubs/bdi/2012/index.htm
[vi] http://www.companydirectors.com.au/Director-Resource-Centre/Governance-and-Director-Issues/Board-Diversity/Statistics
[vii] http://www.womenonboards.org.au/pubs/bdi/2012/creditunions.htm
[viii] Of the governing councils of the Group of Eight (Go8) universities in Australia, 33% of members are female. http://www.go8.edu.au/
[ix] As at 30 June 2012, women held 38.4% of Government board appointments (up from 35.3% in 2011). Over the 2011-2012 financial year, 41% of the 1633 new board appointments were awarded to women. http://www.fahcsia.gov.au/our-responsibilities/women/publications-articles/gender-balance-on-australian-government-boards-report-2011-2012
[x] http://www.medibank.com.au/About-Us/Corporate-Information/Our-Board-and-Governance/Board-member-profiles.aspx
[xi] Adams, R, “Women in the boardroom and their impact on governance and performance,” forthcoming, Journal of Financial Economics.
[xii] Moodie, A., (2011) “The Chairman of the Future: Leading for Diversity in the Boardroom”, Keeping Good Companies, August.
[xiii] Torchia, M., Calabro, A., & Huse, M., (2011) “Women Directors on Corporate Boards: From Tokenism to Critical Mass”, Journal of Business Ethics, Vol 102 No 2, pp299-317
[xiv] The Asian Century White Paper, Prime Minister and Cabinet, Federal Government of Australia, 2013. http://asiancentury.dpmc.gov.au/white-paper
[xv] Interview with Ann-Maree Moodie, ABC News Radio, on the Federal Government's Asian Century White Paper which recommends the composition of ASX 200 boards include a third of directors with deep Asian experience" by 2025. October 29, 2012. www.abc.net.au/newsradio/listen/daily.htm
[xvi] Durkin, P., “Top boards fail Asia test”, The Australian Financial Review, 14 June 2013.
Posted by Ann-Maree Moodie at Wednesday, June 26, 2013

Ann-Maree Moodie
My consulting work and research activities focus on ways for boards and directors to perform at their peak in order to meet the exacting demands of shareholders, stakeholders, regulators and the wider public. As the Managing Director of The Boardroom Consulting Group,I have consulted to boards, studied and researched governance and written about the work of directors for over a decade. I am qualified formally in governance, company secretarial practice and communications, disseminating my work in peer-reviewed journals and in the business pages of newspapers and in business magazines. Although I am based in Australia, governance consulting takes me around the world.